In the kitchen, cornstarch has a range of uses. When starch is heated, it’s very good at absorbing water. So it’s most often used as a thickener for stews, soups and gravies.

It’s also often favored by those with celiac disease, as it’s derived from corn (not wheat), making it gluten-free.

However, cornstarch is not the only ingredient that can be used as a thickener. This article explores the ingredients you can use instead. Wheat flour is made by grinding wheat into a fine powder.

Unlike cornstarch, wheat flour contains protein and fiber, as well as starch. This means it’s possible to swap your cornstarch for flour, but you will need more of it to get the same effect.

In general, it’s recommended that you use twice as much white flour as cornstarch for thickening purposes. So if you need 1 tablespoon of cornstarch, use 2 tablespoons of white flour.

Brown and whole grain flour contain more fiber than white flour, so while it’s possible to try thickening with these flours, you’re likely to need much more of them to get the same result.

To thicken recipes with wheat flour, mix it with a little cold water first to form a paste. This will keep it from sticking together and forming clumps when you add it to recipes.

If you are using wheat flour as a cornstarch substitute, remember that it’s not gluten-free, so it’s not suitable for people with celiac disease. 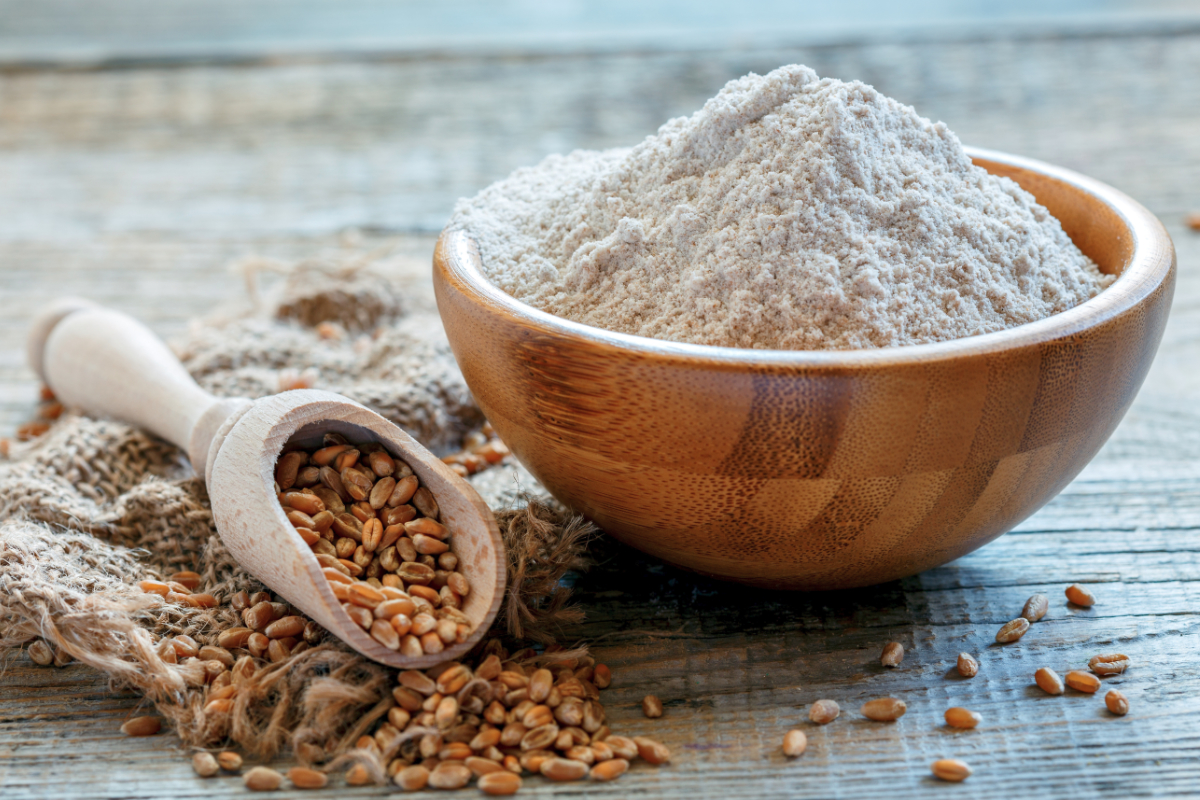 Arrowroot is a starchy flour made from the roots of the Maranta genus of plants, which is found in the tropics.

To make arrowroot, the roots of the plants are dried and then ground into a fine powder, which can be used as a thickener in cooking.

Some people prefer arrowroot to cornstarch because it contains more fiber.

It also forms a clear gel when mixed with water, so it’s great for thickening clear liquids.

It’s recommended to use twice as much arrowroot as cornstarch to get similar results. Arrowroot is also gluten-free, so it’s suitable for people who don’t eat gluten. 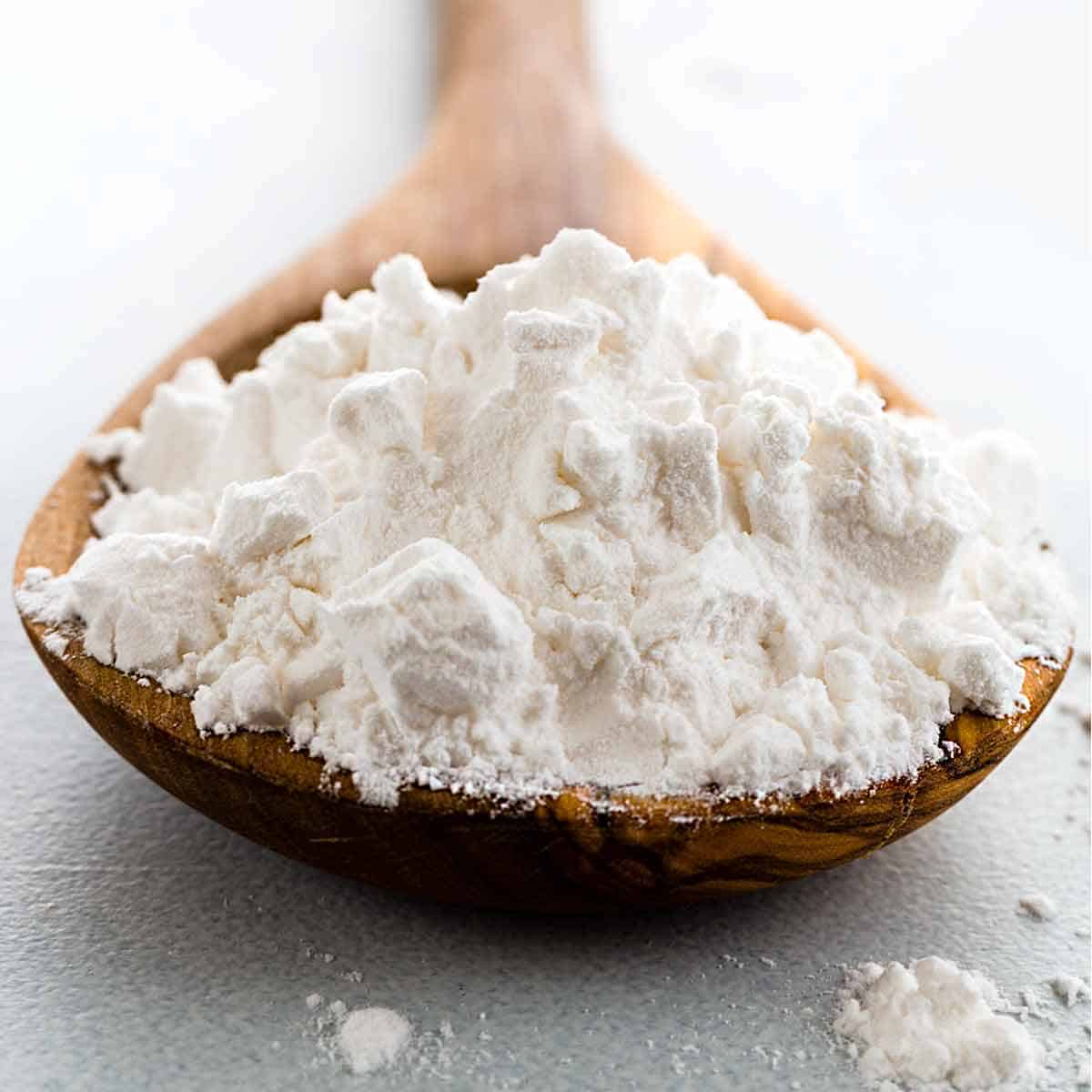 Potato starch is another substitute for cornstarch. It’s made by crushing potatoes to release their starch content and then drying them into a powder.

Like arrowroot, it’s not a grain, so it contains no gluten. However, it is a refined starch, meaning that it’s high in carbs and contains very little fat or protein.

Like other tuber and root starches, potato starch tastes quite bland, so it won’t add any unwanted flavor to your recipes.

It’s also worth noting that many cooks recommend adding root or tuber starches like potato or arrowroot later in the cooking process.

This is because they absorb water and thicken a lot quicker than grain-based starches. Heating them for too long will completely break them down, causing them to lose their thickening properties.

It’s made by grinding cassava roots to a pulp and filtering out their starch-rich liquid, which is then dried into tapioca flour.

However, some cassava plants contain cyanide, so the cassava has to be treated first to ensure it’s safe.

Tapioca can be bought as flour, pearls or flakes, and is also gluten- free.

Most cooks recommend substituting 1 tablespoon of cornstarch with 2 tablespoons of tapioca flour.

Rice flour is a powder made from finely ground rice. It’s often used in Asian cultures as an ingredient in desserts, rice noodles or soups.

Naturally gluten-free, it’s also popular among those who have celiac disease as a substitute for regular wheat flour.

Rice flour can also act as a thickener in recipes, making it an effective substitute for cornstarch.

Additionally, it’s colorless when mixed with water, so it can be especially useful for thickening clear liquids.

Like wheat flour, it’s recommended that you use twice as much rice flour as cornstarch to get the same result.

It can be used with hot or cold water to make a paste, or in a roux, which is a mixture of flour and fat.

10 Budget-Friendly Healthy Meals For One Person On A Budget